To prove that Royal Mail takes ROYAL MAIL very seriously: The Duke’s office kindly sent a letter of thanks to the Subway team. Any regular letter would have had practically no chance of finding us – but this one did because it was franked by the Buckingham Palace post office.

So effectively the letter was addressed to ‘Karl in Crystal Palace’ and it found me because of the insignia on the envelope and lots of conscientious people along the way – amazing! 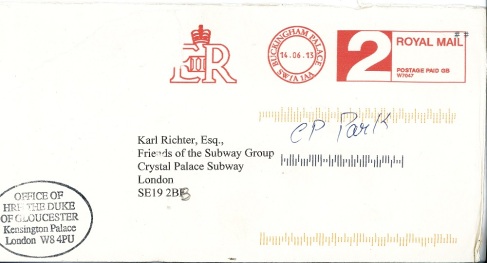 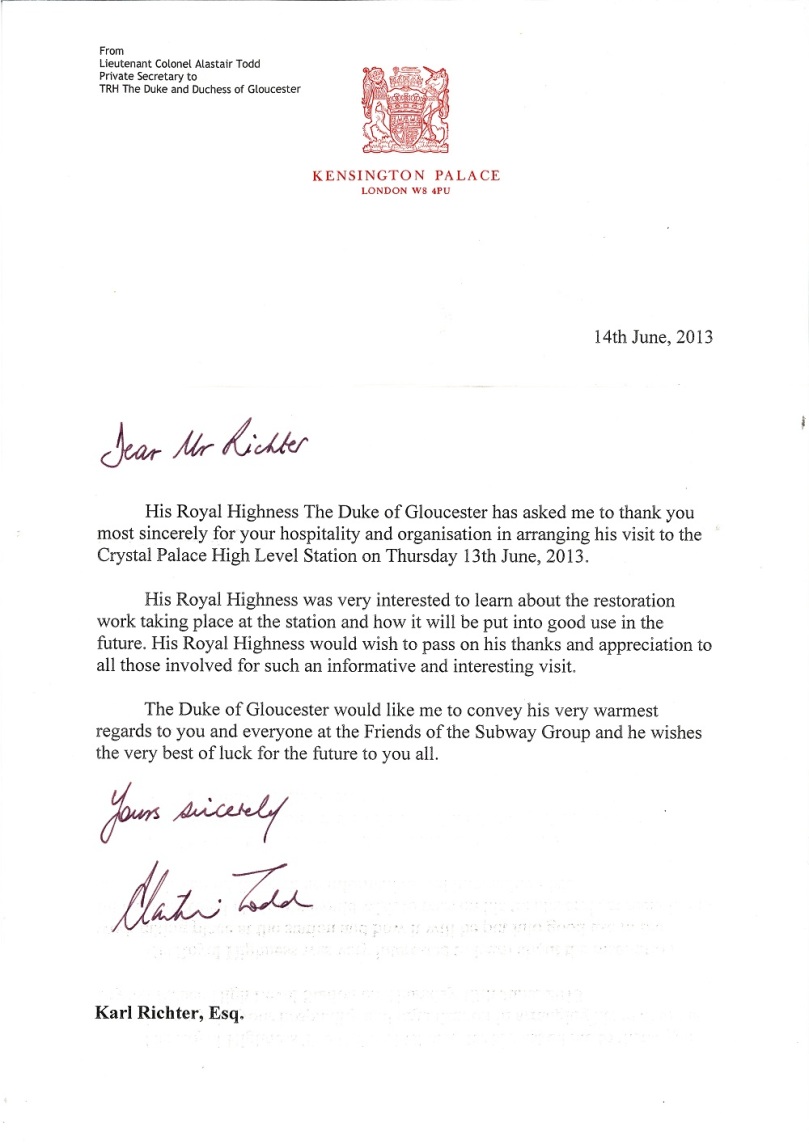