Originally published in Portuguese for EXIT Magazine No27 “Change Management in the Third Sector: myth or revolution?”, Jun-Dec 2011, read original on pg 38 in Portuguese here, and English here 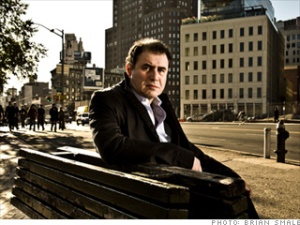 The world is not ending but the world of finance is changing.

Nouriel Roubini, the economist who earned his moniker “Dr Doom” for predicting the financial crisis of 2008, asks “Is capitalism doomed?” in an article by the same name published in August this year.

The “white-coat” economists of the last 30 years have failed to deliver a satisfactory theoretical model for capitalism. The flaws of the practiced doctrine became abundantly clear when the financial markets went into meltdown on 15 September 2008 – the day Lehman’s Brothers collapsed. Some die-hard disciples of Chicago School economics will argue that the markets were not free enough to self-correct and that the only way to avert the next crisis is to de-regulate further and put more faith in unfettered markets and laissez-faire capitalism. Mind you, some passengers on the sinking Titanic were also happy to be entertained by the band whilst others sought life-boats.

In the financial mayhem, those institutions calling the loudest for bailouts captured the most attention, whereas social banks and similar organizations have quietly continued doing what they do best, providing financial services that focus on both social and financial outcomes. Their raison d’être is to focus on promoting social entrepreneurship and social businesses – in other words, to promote a market-based social economy in which finance is used to create and share prosperity and reduce economic inequality.

Without going into the detail of why their models stood up better to this crisis, the relevant point is that their business models are less correlated with mainstream markets. The time has come to provide these organizations with the spotlight they deserve, and the capital they need to play a stronger role in the socioeconomic recovery – and perhaps even in recalibrating capitalism itself to help reduce the occurrence of market failures.

Nouriel Roubini is right when he says that we are “moving away from both the Anglo-Saxon model of laissez-faire and voodoo economics, and the continental European model of deficit-driven welfare states. Both are broken.” But he does not in his article reveal where we are moving towards, let me try.

The first point to make is that we are probably stuck with capitalism. Like it or loathe it, it seems the least menacing of all the economic systems experimented with to date and the absence of a viable alternative means that we do not have the time to conceive of a new system. However, capitalism is an immensely flexible system and has reinvented itself before, it can do so again. We can (and are) modifying mainstream capitalism to balance the interests of capital with the interests of people.

The primary framework of this new model is the social economy – a construct that blends financial returns and social outcomes. Some call this Blended Value, others Shared Value, and others PhilanthroCapitalism. The message is the same – social and financial objectives can coexist within a market-based economy. Moreover, combining the two can create a more robust economic system that better serves society.

There is no one-size-fits-all solution, in fact diversity and plurality are a key requirement in reducing alignment within the system and thereby decreasing systemic risk. The principles and values for this new paradigm are already understood, they just need a little more effort to be brought from the fringe into the mainstream:

The report “Making Good in Social Impact Investment: Opportunities in an Emerging Asset Class” highlights that a sufficiently robust analytical framework does already exist for social impact investment and that a watershed has been passed. It argues that the social impact investment market offers mainstream investors the chance to engage the social economy now. It is an emerging market in the truest sense. Inevitably there will be some teething pains as it evolves from nascence to maturity, but ultimately those investors and seekers of capital who engage early in this market will be able to reap the rewards. It also needs to be an integrated market and to function as a joined-up funding escalator for social economy organizations, providing the fullest range of capital types and embracing the widest array of organization types.

The formal launch in the UK of the Big Society Bank (now Big Society Capital) in July 2011 proved that social finance has gone beyond being a “nice idea” to capture the interest of the political classes, and also their conviction that attracting private capital to achieving social outcomes must be part of any solution to the global financial crisis. This is particularly true in the context of developed economies which have high public indebtedness as a result of pre-crisis policy combined with post-crisis actions to stabilize the financial system.

On 8 September 2011 in Krakow, a task force of social bankers and ethical financiers from across Europe gathered in response to the European Commission’s public consultation on how private capital could be best attracted to stimulate the social economy. This task force identified that the European Commission should establish a mechanism to use its limited resources most effectively in stimulating the social economy. The task force recommended 12 guiding principles for this mechanism in attracting non-public capital towards this purpose, it named this mechanism the European Social Investment Facility (ESIF).

Capitalism is not doomed and we already have the blue print for how to fix it – now let’s implement it!