Capitalism – in its current form – has let us down. We have seen this truism manifest itself globally, from the disruptive protests of the “Occupy” movements to mainstream debates such as Capitalism in Crisis, the in-depth series that the Financial Times ran at the beginning of 2012. 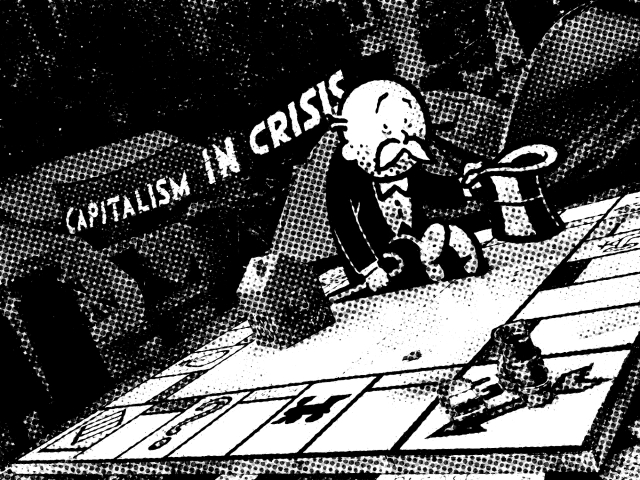 A great deal is at stake. Nouriel Robini, the economist also known as ‘Dr Doom’ for predicting the 2008 crisis, together with Niall Ferguson recently wrote that European leaders are dangerously close to repeating the mistakes of the 1930’s, when according to them “democracy died”. An unwelcome and provocative comparison.

Contrary to what some people say, we need more financial innovation. Moreover, we need financial innovation that is blended with social innovation. These new hybrid strategies are being facilitated by groups like the Finance Innovation Lab, a joint venture between the World Wildlife Fund and the Institute for Chartered Accountants in England and Wales. Their aim is to incubate and accelerate new ways of achieving prosperity for people and planet, and to build a bridge between the establishment and disruptive movements.

A new breed of entrepreneur is being inspired, people who do not believe that society is best served by separating business from charity. Instead, they seek to combine the principles of both – they call themselves social entrepreneurs to reflect this duality.

The political will for change

A parallel shift is occurring amongst the political classes. Globally, certainly in developed countries with burgeoning welfare bills and high budget deficits, leaders understand all too well the need for deeper economic reform – because, to put it bluntly, there simply is not enough public money with which to both stimulated the economy and maintain the levels of prosperity citizens expect.

An international conference on social innovation and social entrepreneurship was recently held in Portugal, appropriately named Unpacking the Future. It was convened by the Portuguese organisation Private Institutions of Social Solidarity and supported by Euclid Network, the European network for civil society leaders. The long queues proved that people think these issues are important. The buzz was palpable.

Emmanuel Vallens of the European Commission explained that Commissioner Barnier, who is responsible for the Single Market Act, has put social entrepreneurship at the heart of his vision for a better and stronger single market. In short, the Commission believes firmly that supporting a market-based business typology that deliberately seeks out social as well as financial objectives is integral to achieving smart, inclusive and sustainable growth.

The aspiration is clear – for social business to boost the economy and at the same time improve the prosperity and wellbeing of citizens. Recognising that the solutions will come from the ground up, and not from a top down bureaucracy, the Commission recently established an expert group of social entrepreneurship practitioners. Known in ‘Eurospeak’ as GECES, it will advise the Commission on how they can improve the visibility, legal environment and access to capital for social ventures.

The US Government is moving in a similar direction. In April 2012, US Secretary of State Hillary Clinton launched her vision for a Global Impact Economy at the US State Department. There is arguably a strong read-across between principles of the impact economy and the social economy, sufficient that they both relate to the same underlying precept. The US State Department was keen to hear about policy initiatives of the European Commission that are shifting the social economy from niche to mainstream.

Europe is recognised as a thought leader on this topic, and it is rising to the challenge.

The European Commission is finalising new regulations to encourage more social investment – the means with which capital is allocated to social ventures. A new passporting regime for European social investment funds will be available from 2013. The intention is that funds opting for the passport will find cross-border fundraising much easier because of common standards and a streamlined regulatory environment. This is valuable enabling infrastructure for establishing a better functioning capital market for social investment. Importantly, the detail of the draft regulation acknowledges that, for social investment to flourish, there needs to be a balance between top-down rules and grassroots adaptability.

The report also analysed how other investment markets emerged, such as those supporting bio-science and the internet. To quote the co-author Rupert Evenett, joint chief executive of Engaged Investment and capital markets banker with 20 years of experience, “Moving from emerging to emerged is very possible – it’s a path followed by many other markets. The challenge is to get a wide investor group involved with broader, deeper capital. It needs some high profile successes in the shop window (like the Netscape and Apple IPOs were at different stages for the tech market). And it needs transparent investment data that investors can get their arms around, and which gives real risk and return definition to social investment as a new asset class.”

A new generation of financial intermediary is establishing itself to serve this market. They are the interlocutors between social ventures and capital. By understanding the requirements of both, they help organisations diversify their financial platforms and help capital find worthy investment prospects.

Engaged Investment is one such intermediary. As part of its work in helping to build better market infrastructure, it is developing a financial index – EngagedX – to aggregate anonymised investment statistics of social investments. EngagedX will be the first index of its kind worldwide to capture both financial data as well as the measurements of social impact achieved. The dataset will over time reveal the characteristics of social investment that make it a distinctive asset class. According to Rupert Evenett, “Investment loves an index. An index gives investors a baseline and provides definition to a market”.

EngagedX has been recognised by Big Society Capital in the UK and other European social investors as the type of enabling infrastructure that is vital to help the social investment market mature and attract further capital.

Social investment is growing up quickly as it moves from niche to mainstream. It is a financial engine that is pro-market, pro-business and fundamentally pro-people. To some degree this too was the original capitalist ideal, but something went wrong. A refined vision of sustainable capitalism is crystallising – to explicitly do good whilst doing well. This nuanced focus is driving innovation that fixes what is broken and keeps what works.

In a discussion with Michael Green, economist and co-author of PhilanthroCapitalism, he was asked whether the shared values of social investment could help fix the market failure of the recent crisis. He instinctively responded that “we can fix capitalism with capitalism”, acknowledging in that succinct statement that capitalism is a dynamic system that simply needs recalibrating to serve people better.

This article was commissioned by the Liechtenstein Bankers Association for the July 2012 issue of Bankenmagazin. Download e-copy of here, see pg 28.